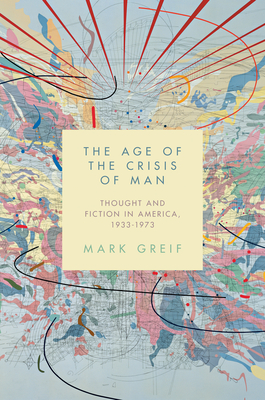 The Age of the Crisis of Man (Hardcover)

A compelling intellectual and literary history of midcentury America

In a midcentury American cultural episode forgotten today, intellectuals of all schools shared a belief that human nature was under threat. The immediate result was a glut of dense, abstract books on the "nature of man." But the dawning "age of the crisis of man," as Mark Greif calls it, was far more than a historical curiosity. In this ambitious intellectual and literary history, Greif recovers this lost line of thought to show how it influenced society, politics, and culture before, during, and long after World War II.

During the 1930s and 1940s, fears of the barbarization of humanity energized New York intellectuals, Chicago protoconservatives, European Jewish migr's, and native-born bohemians to seek "re-enlightenment," a new philosophical account of human nature and history. After the war this effort diffused, leading to a rebirth of modern human rights and a new power for the literary arts.

By the 1960s, the idea of "universal man" gave way to moral antihumanism, as new sensibilities and social movements transformed what had come before. Greif's reframing of a foundational debate takes us beyond old antagonisms into a new future, and gives a prehistory to the fractures of our own era.

Mark Greif is associate professor of literary studies at the New School. He is a founder and editor of the journal n+1.
or
Buy Here
Copyright © 2020 American Booksellers Association