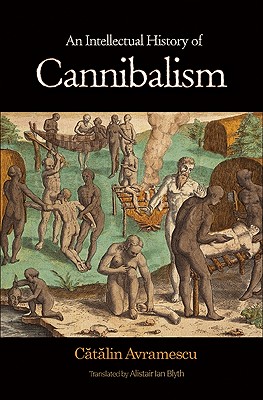 An Intellectual History of Cannibalism

The cannibal has played a surprisingly important role in the history of thought--perhaps the ultimate symbol of savagery and degradation-- haunting the Western imagination since before the Age of Discovery, when Europeans first encountered genuine cannibals and related horrible stories of shipwrecked travelers eating each other. An Intellectual History of Cannibalism is the first book to systematically examine the role of the cannibal in the arguments of philosophers, from the classical period to modern disputes about such wide-ranging issues as vegetarianism and the right to private property.

Catalin Avramescu shows how the cannibal is, before anything else, a theoretical creature, one whose fate sheds light on the decline of theories of natural law, the emergence of modernity, and contemporary notions about good and evil. This provocative history of ideas traces the cannibal's appearance throughout Western thought, first as a creature springing from the menagerie of natural law, later as a diabolical retort to theological dogmas about the resurrection of the body, and finally to present-day social, ethical, and political debates in which the cannibal is viewed through the lens of anthropology or invoked in the service of moral relativism. Ultimately, An Intellectual History of Cannibalism is the story of the birth of modernity and of the philosophies of culture that arose in the wake of the Enlightenment. It is a book that lays bare the darker fears and impulses that course through the Western intellectual tradition.