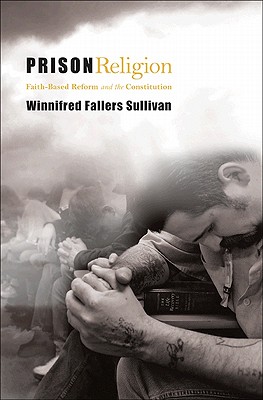 Faith-Based Reform and the Constitution

More than the citizens of most countries, Americans are either religious or in jail--or both. But what does it mean when imprisonment and evangelization actually go hand in hand, or at least appear to? What do faith-based prison programs mean for the constitutional separation of church and state, particularly when prisoners who participate get special privileges? In Prison Religion, law and religion scholar Winnifred Fallers Sullivan takes up these and other important questions through a close examination of a 2005 lawsuit challenging the constitutionality of a faith-based residential rehabilitation program in an Iowa state prison.

Americans United for the Separation of Church and State v. Prison Fellowship Ministries, a trial in which Sullivan served as an expert witness, centered on the constitutionality of allowing religious organizations to operate programs in state-run facilities. Using the trial as a case study, Sullivan argues that separation of church and state is no longer possible. Religious authority has shifted from institutions to individuals, making it difficult to define religion, let alone disentangle it from the state. Prison Religion casts new light on church-state law, the debate over government-funded faith-based programs, and the predicament of prisoners who have precious little choice about what kind of rehabilitation they receive, if they are offered any at all.

Winnifred Fallers Sullivan is professor of law and director of the Law and Religion Program at the University at Buffalo Law School, State University of New York. She is the author of The Impossibility of Religious Freedom (Princeton).
or support indie stores by buying on
Copyright © 2020 American Booksellers Association