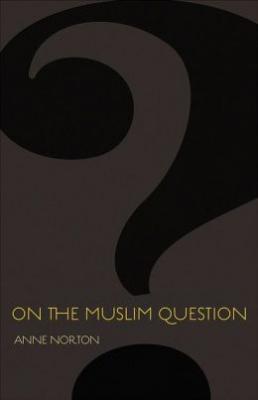 In the post-9/11 West, there is no shortage of strident voices telling us that Islam is a threat to the security, values, way of life, and even existence of the United States and Europe. For better or worse, "the Muslim question" has become the great question of our time. It is a question bound up with others--about freedom of speech, terror, violence, human rights, women's dress, and sexuality. Above all, it is tied to the possibility of democracy. In this fearless, original, and surprising book, Anne Norton demolishes the notion that there is a "clash of civilizations" between the West and Islam. What is really in question, she argues, is the West's commitment to its own ideals: to democracy and the Enlightenment trinity of liberty, equality, and fraternity. In the most fundamental sense, the Muslim question is about the values not of Islamic, but of Western, civilization.

Moving between the United States and Europe, Norton provides a fresh perspective on iconic controversies, from the Danish cartoon of Muhammad to the murder of Theo van Gogh. She examines the arguments of a wide range of thinkers--from John Rawls to Slavoj Zizek. And she describes vivid everyday examples of ordinary Muslims and non-Muslims who have accepted each other and built a common life together. Ultimately, Norton provides a new vision of a richer and more diverse democratic life in the West, one that makes room for Muslims rather than scapegoating them for the West's own anxieties.

Anne Norton is professor of political science at the University of Pennsylvania. Her books include Leo Strauss and the Politics of American Empire; 95 Theses on Politics, Culture, and Method; and Republic of Signs.
or
Buy Here
Copyright © 2020 American Booksellers Association