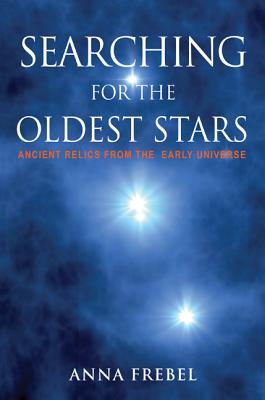 Searching for the Oldest Stars

Ancient Relics from the Early Universe

Astronomers study the oldest observable stars in the universe in much the same way that archaeologists study ancient artifacts on Earth. Here, Anna Frebel--who is credited with discovering several of the oldest and most primitive stars using the world's largest telescopes--takes readers into the far-flung depths of space and time to provide a gripping firsthand account of the cutting-edge science of stellar archaeology. Weaving the latest findings in astronomy with her own compelling insights as one of the world's leading researchers in the field, Frebel explains how sections of the night sky are excavated in the hunt for these extremely rare relic stars--some of which have been shining for more than 13 billion years--and how this astonishing quest is revealing tantalizing new details about the earliest times in the universe. She vividly describes how the very first stars formed soon after the big bang and then exploded as supernovae, leaving behind chemical fingerprints that were incorporated into the ancient stars we can still observe today. She shows how these fingerprints provide clues to the cosmic origin of the elements, early star and galaxy formation, and the assembly process of the Milky Way. Along the way, Frebel recounts her own stories of discovery, offering an insider's perspective on this exciting frontier of science. Lively and accessible, this book sheds vital new light on the origins and evolution of the cosmos while providing a unique look into life as an astronomer.

Anna Frebel is the Silverman (1968) Family Career Development Assistant Professor in the Department of Physics at the Massachusetts Institute of Technology. She has received numerous international honors and awards for her discoveries and analyses of the oldest stars. She lives in Cambridge, Massachusetts.
Loading...
or
Not Currently Available for Direct Purchase