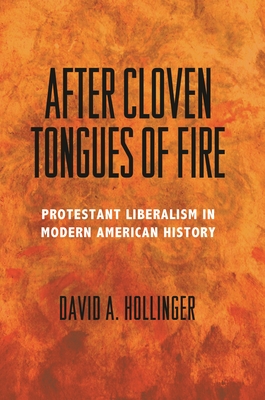 After Cloven Tongues of Fire

The important role of liberal ecumenical Protestantism in American history

The role of liberalized, ecumenical Protestantism in American history has too often been obscured by the more flamboyant and orthodox versions of the faith that oppose evolution, embrace narrow conceptions of family values, and continue to insist that the United States should be understood as a Christian nation. In this book, one of our preeminent scholars of American intellectual history examines how liberal Protestant thinkers struggled to embrace modernity, even at the cost of yielding much of the symbolic capital of Christianity to more conservative, evangelical communities of faith. If religion is not simply a private concern, but a potential basis for public policy and a national culture, does this mean that religious ideas can be subject to the same kind of robust public debate normally given to ideas about race, gender, and the economy? Or is there something special about religious ideas that invites a suspension of critical discussion? These essays, collected here for the first time, demonstrate that the critical discussion of religious ideas has been central to the process by which Protestantism has been liberalized throughout the history of the United States, and shed light on the complex relationship between religion and politics in contemporary American life. After Cloven Tongues of Fire brings together in one volume David Hollinger's most influential writings on ecumenical Protestantism. The book features an informative general introduction as well as concise introductions to each essay.

David A. Hollinger is the Preston Hotchkis Professor of History at the University of California, Berkeley, and a former president of the Organization of American Historians. His books include Science, Jews, and Secular Culture: Studies in Mid-Twentieth-Century American Intellectual History (Princeton) and Postethnic America: Beyond Multiculturalism.
Loading...
or support indie stores by buying on