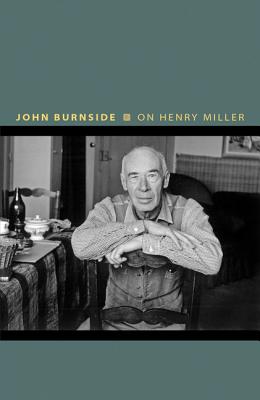 Or, How to Be an Anarchist

The American writer Henry Miller's critical reputation--if not his popular readership--has been in eclipse at least since Kate Millett's blistering critique in Sexual Politics, her landmark 1970 study of misogyny in literature and art. Even a Miller fan like the acclaimed Scottish writer John Burnside finds Miller's "sex books"--including The Rosy Crucifixion, Tropic of Cancer, and Tropic of Capricorn--"boring and embarrassing." But Burnside says that Miller's notorious image as a "pornographer and woman hater" has hidden his vital, true importance--his anarchist sensibility and the way it shows us how, by fleeing from conformity of all kinds, we may be able to save ourselves from the "air-conditioned nightmare" of the modern world.

Miller wrote that "there is no salvation in becoming adapted to a world which is crazy," and in this short, engaging, and personal book, Burnside shows how Miller teaches us to become less adapted to the world, to resist a life sentence to the prison of social, intellectual, emotional, and material conditioning. Exploring the full range of Miller's work, and giving special attention to The Air-Conditioned Nightmare and The Colossus of Maroussi, Burnside shows how, with humor and wisdom, Miller illuminates the misunderstood tradition of anarchist thought. Along the way, Burnside reflects on Rimbaud's enormous influence on Miller, as well as on how Rimbaud and Miller have influenced his own writing.

An unconventional and appealing account of an unjustly neglected writer, On Henry Miller restores to us a figure whose searing criticism of the modern world has never been more relevant.

John Burnside is a poet, novelist, and memoirist whose recent books include Still Life with Feeding Snake and Ashland & Vine. He has won many awards for his poetry, including the T. S. Eliot, Forward, Whitbread, and Geoffrey Faber Memorial prizes. His work has appeared in the New Yorker, the London Review of Books, and the Guardian, and he writes a regular nature column for the New Statesman. He is professor of English at the University of St. Andrews, Scotland.
or
Buy Here
Copyright © 2020 American Booksellers Association