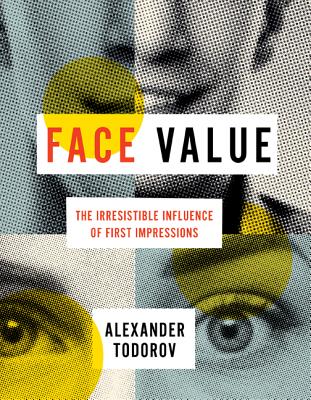 The Irresistible Influence of First Impressions

We make up our minds about others after seeing their faces for a fraction of a second--and these snap judgments predict all kinds of important decisions. For example, politicians who simply look more competent are more likely to win elections. Yet the character judgments we make from faces are as inaccurate as they are irresistible; in most situations, we would guess more accurately if we ignored faces. So why do we put so much stock in these widely shared impressions? What is their purpose if they are completely unreliable? In this book, Alexander Todorov, one of the world's leading researchers on the subject, answers these questions as he tells the story of the modern science of first impressions. Drawing on psychology, cognitive science, neuroscience, computer science, and other fields, this accessible and richly illustrated book describes cutting-edge research and puts it in the context of the history of efforts to read personality from faces. Todorov describes how we have evolved the ability to read basic social signals and momentary emotional states from faces, using a network of brain regions dedicated to the processing of faces. Yet contrary to the nineteenth-century pseudoscience of physiognomy and even some of today's psychologists, faces don't provide us a map to the personalities of others. Rather, the impressions we draw from faces reveal a map of our own biases and stereotypes. A fascinating scientific account of first impressions, Face Value explains why we pay so much attention to faces, why they lead us astray, and what our judgments actually tell us.

Alexander Todorov is professor of psychology at Princeton University, where he is also affiliated with the Princeton Neuroscience Institute and the Woodrow Wilson School of Public and International Affairs. His research on first impressions has been covered by media around the world, including the New York Times, the Guardian, the New Yorker, the Daily Telegraph, Scientific American, PBS, and NPR. He lives in Princeton.
Loading...
or support indie stores by buying on