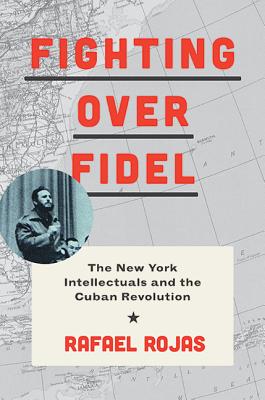 The New York Intellectuals and the Cuban Revolution

New York in the 1960s was a hotbed for progressive causes of every stripe, including women's liberation, civil rights, opposition to the Vietnam War--and the Cuban Revolution. Fighting over Fidel brings this turbulent cultural moment to life by telling the story of the New York intellectuals who championed and opposed Castro's revolution.

Setting his narrative against the backdrop of the ideological confrontation of the Cold War and the breakdown of relations between Washington and Havana, Rafael Rojas examines the lives and writings of such figures as Waldo Frank, Carleton Beals, C. Wright Mills, Allen Ginsberg, Susan Sontag, Norman Mailer, Eldridge Cleaver, Stokely Carmichael, and Jose Yglesias. He describes how Castro's Cuba was hotly debated in publications such as the New York Times, Village Voice, Monthly Review, and Dissent, and how Cuban socialism became a rallying cry for groups such as the Beats, the Black Panthers, and the Hispanic Left.

Fighting over Fidel shows how intellectuals in New York interpreted and wrote about the Cuban experience, and how the Left's enthusiastic embrace of Castro's revolution ended in bitter disappointment by the close of the explosive decade of the 1960s.

Rafael Rojas is professor at the Center for Research and Teaching in Economics in Mexico City. He is one of Cuba's most distinguished cultural critics and a renowned scholar of Latin American history.
or support indie stores by buying on
Copyright © 2020 American Booksellers Association