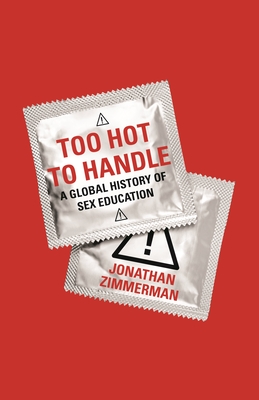 Too Hot to Handle

A Global History of Sex Education

The first comprehensive history of sex education around the world

Too Hot to Handle is the first truly international history of sex education. As Jonathan Zimmerman shows, the controversial subject began in the West and spread steadily around the world over the past century. As people crossed borders, however, they joined hands to block sex education from most of their classrooms. Examining key players who supported and opposed the sex education movement, Zimmerman takes a close look at one of the most debated and divisive hallmarks of modern schooling. In the early 1900s, the United States pioneered sex education to protect citizens from venereal disease. But the American approach came under fire after World War II from European countries, which valued individual rights and pleasures over social goals and outcomes. In the so-called Third World, sex education developed in response to the deadly crisis of HIV/AIDS. By the early 2000s, nearly every country in the world addressed sex in its official school curriculum. Still, Zimmerman demonstrates that sex education never won a sustained foothold: parents and religious leaders rejected the subject as an intrusion on their authority, while teachers and principals worried that it would undermine their own tenuous powers. Despite the overall liberalization of sexual attitudes, opposition to sex education increased as the century unfolded. Into the present, it remains a subject without a home. Too Hot to Handle presents the stormy development and dilemmas of school-based sex education in the modern world.

Jonathan Zimmerman is professor of education and history at New York University. His books include Small Wonder: The Little Red Schoolhouse in History and Memory and Innocents Abroad: American Teachers in the American Century. His writing has appeared in the New York Times, the Washington Post, and other publications.
Loading...
or support indie stores by buying on