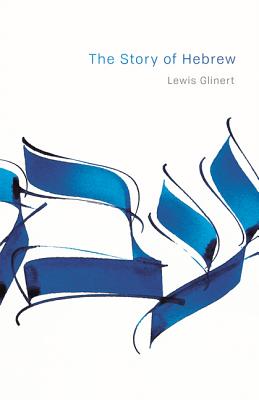 The Story of Hebrew (Library of Jewish Ideas #10)

This book explores the extraordinary hold that Hebrew has had on Jews and Christians, who have invested it with a symbolic power far beyond that of any other language in history. Preserved by the Jews across two millennia, Hebrew endured long after it ceased to be a mother tongue, resulting in one of the most intense textual cultures ever known. It was a bridge to Greek and Arab science. It unlocked the biblical sources for Jerome and the Reformation. Kabbalists and humanists sought philosophical truth in it, and Colonial Americans used it to shape their own Israelite political identity. Today, it is the first language of millions of Israelis.

The Story of Hebrew takes readers from the opening verses of Genesis--which seemingly describe the creation of Hebrew itself--to the reincarnation of Hebrew as the everyday language of the Jewish state. Lewis Glinert explains the uses and meanings of Hebrew in ancient Israel and its role as a medium for wisdom and prayer. He describes the early rabbis' preservation of Hebrew following the Babylonian exile, the challenges posed by Arabic, and the prolific use of Hebrew in Diaspora art, spirituality, and science. Glinert looks at the conflicted relationship Christians had with Hebrew from the Renaissance to the Counter-Reformation, the language's fatal rivalry with Yiddish, the dreamers and schemers that made modern Hebrew a reality, and how a lost pre-Holocaust textual ethos is being renewed today by Orthodox Jews.

A major work of scholarship, The Story of Hebrew is an unforgettable account of what one language has meant to those possessing it.

Lewis Glinert is professor of Hebrew studies at Dartmouth College.
Loading...
or support indie stores by buying on