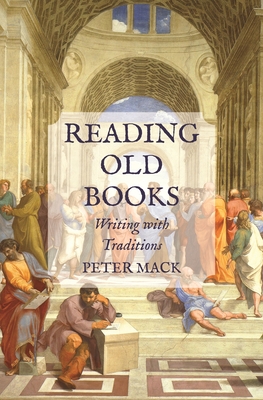 A wide-ranging exploration of the creative power of literary tradition, from Chaucer to the present

In literary and cultural studies, tradition is a word everyone uses but few address critically. In Reading Old Books, Peter Mack offers a wide-ranging exploration of the creative power of literary tradition, from the middle ages to the twenty-first century, revealing in new ways how it helps writers and readers make new works and meanings. Reading Old Books argues that the best way to understand tradition is by examining the moments when a writer takes up an old text and writes something new out of a dialogue with that text and the promptings of the present situation. The book examines Petrarch as a user, instigator, and victim of tradition. It shows how Chaucer became the first great English writer by translating and adapting a minor poem by Boccaccio. It investigates how Ariosto, Tasso, and Spenser made new epic meanings by playing with assumptions, episodes, and phrases translated from their predecessors. It analyzes how the Victorian novelist Elizabeth Gaskell drew on tradition to address the new problem of urban deprivation in Mary Barton. And, finally, it looks at how the Kenyan writer Ngũgĩ wa Thiong'o, in his 2004 novel Wizard of the Crow, reflects on biblical, English literary, and African traditions. Drawing on key theorists, critics, historians, and sociologists, and stressing the international character of literary tradition, Reading Old Books illuminates the not entirely free choices readers and writers make to create meaning in collaboration and competition with their models.

Peter Mack is professor of English at the University of Warwick. His books include A History of Renaissance Rhetoric, 1380-1620; Rhetoric and Reading in Montaigne and Shakespeare; and Elizabethan Rhetoric. He is a fellow of the British Academy, a former director of the Warburg Institute, and (with Rita Copeland) general editor of the forthcoming five-volume Cambridge History of Rhetoric.
Loading...
or support indie stores by buying on