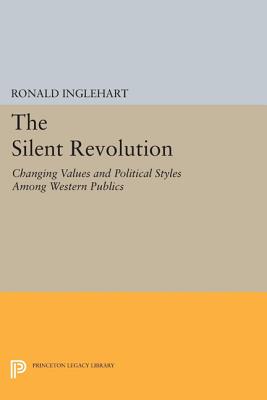 This book contends that beneath the frenzied activism of the sixties and the seeming quiescence of the seventies, a silent revolution has been occurring that is gradually but fundamentally changing political life throughout the Western world. Ronald Inglehart focuses on two aspects of this revolution: a shift from an overwhelming emphasis on material values and physical security toward greater concern with the quality of life; and an increase in the political skills of Western publics that enables them to play a greater role in making important political decisions.

Originally published in 1977. The Princeton Legacy Library uses the latest print-on-demand technology to again make available previously out-of-print books from the distinguished backlist of Princeton University Press. These editions preserve the original texts of these important books while presenting them in durable paperback and hardcover editions. The goal of the Princeton Legacy Library is to vastly increase access to the rich scholarly heritage found in the thousands of books published by Princeton University Press since its founding in 1905.