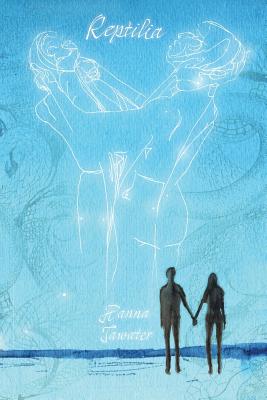 Chelsea Hodson, author of Tonight I'm Someone Else, says, "These are poems of transformation--birds become reptiles, snakes become women, time becomes skin, the Ouroboros becomes itself. 'Between the idea / and reality / you were my favorite moment, ' one of the poems reads, and, with this, the changes themselves become journeys worthy of our attention. Reptilia is bold, smart, and engrossing."

Janice Lee, author of The Sky Isn't Blue, says, "Hanna Tawater's Reptilia is a vibratory, phosphorescent text that understands how subtle differences in a physical or linguistic configuration might result in a new way of seeing, that is, where does monstrosity stem from, how is fear manifested, how is power created in the sorrow of a creature's eyes, the coldness of its blood, the still-beating serpent's heart when removed from its body to be consumed by another. How close and how far are we to each other. An uncanny, haunting, and singular work."

Juliet Escoria, author of Witch Hunt, says, "Reading Reptilia feels like slowly opening a Pandora's box of sorts, as though by doing you are unearthing something ancient and alluring and powerful and wicked. These are not poems but spells, and with them Hanna Tawater establishes herself as writer who demands not just to be read, but reckoned with."