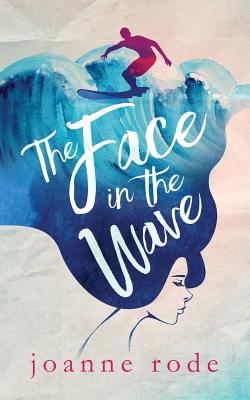 The Face in the Wave

Greydon is a thirteen-year-old boy who loves the sea and the creatures in it. He volunteers at Marine World and becomes convinced that the dolphins should not be kept in captivity, and devises a plan to help free them.
While surfing he gets a glimpse of an exotic creature that he thinks is a mermaid, and when he tells his friends they act like he's crazy. His brother tells him to drop the mermaid idea. He withdraws from his brother and friends and continues his search to find what he saw. He encounters the mermaid and realizes her safety depends on her never being discovered, especially by Marine World. He tries to protect her from the fate of the dolphins by keeping her a secret. The secret becomes a wedge between him and his friends and brother.
Greydon was born with a caul, and according to legend, he can communicate telepathically. He is able to communicate with the mermaid in this way. They develop a close friendship and share many adventures. Greydon finds out that the mermaid has been seen, and is being hunted by the director of Marine World. Secrecy is no longer keeping her safe.
Greydon's mother is in the hospital and needs a lung transplant. Her illness is a constant concern, and her fate is intertwined with the fate of the mermaid. Greydon's desire to protect the mermaid collides with a reality that he never expected, and holds a secret he vows never to reveal.
This story is about cetacean rights, the desire to protect those we love, and the hard choices one has to make when faced with a difficult ethical dilemma.

Joanne Rode is a retired librarian living in Los Angeles. Twenty years ago she started working as a children's librarian while living on Maui. The births of her grandchildren drew her back to the mainland, where she continued her career as a librarian in Orange County, and later on in Los Angeles. She now enjoys using her free time to write.
Loading...
or
Not Currently Available for Direct Purchase