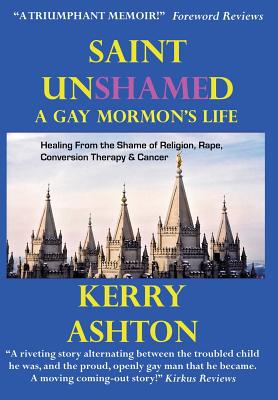 The first paragraph of Kerry Ashton's memoir explains a lot:

"I told this story once as fiction in the 1980s, but this time I tell the truth. I even tell the truth, in #MeToo fashion, about being violently raped by another man when I was 18, with a knife held to my throat--a secret I kept from everyone, including myself, for over 40 years. The rape, like other experiences I endured while a student at Brigham Young University, where I came out in the early 1970s, had a profound impact on my later life. But this story is not so much about my rape or my coming of age at BYU, as it is about the lifelong effects of shame itself, not only about how I internalized and inherited a wounding shame from my Mormon upbringing, but also how I eventually unshamed myself. It is about a lifetime journey of spiritual growth, self-discovery and healing, including many miraculous events along the way that pushed me forward through the darkness toward the light."