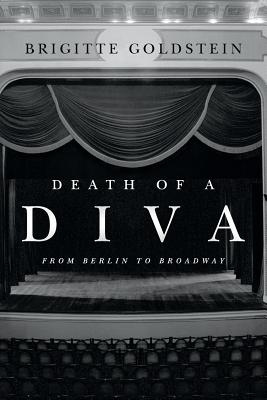 Death of a Diva

From Berlin to Broadway

A veteran actress's brutal murder at a Broadway theater in 1941 sets off a police investigation that reaches back to pre-WWI Vienna and 1920s Berlin in Brigitte Goldstein's densely plotted noir mystery novel, Death of a Diva.

In 1941 New York, the murder on Broadway of Stella Berger, famed star of screen and stage of Weimar Germany and outspoken critic of the Nazi regime which had forced her into exile, sends shock waves through the American public.

The police act quickly, and the prime suspect, an emigrant street musician, is tried and put on death row. But Misia Safran, a young Jewish refugee from Germany and part-time employee at the theater who becomes inadvertently involved in the investigation, is haunted by the possibility of his innocence and a suspicion that there's more to the case than meets the eye.

Determined to uncover the truth, Misia delves into Stella's background. She patches together the life of the revered actress from testimony by those who had been closest to her throughout her rise to stardom. From accounts of her humble origins in a Viennese ghetto to her rise to the pinnacle in the acting world of 1920's Berlin, to her battle with Nazi propagandist Josef Goebbels, emerges the portrait of a woman of great strength of character and resolve, albeit one that conceals a vulnerable side which ultimately may have been the cause of her undoing. As Misia cuts through a bewildering thicket of lies, hidden agendas, and deceptions, she is met with intimations of a deep secret in Stella's past, evidence of which may be stored in the vault of a Swiss bank. If made public, this secret could provide the clue to the mystery, but could also destroy the star's carefully guarded public persona.

Brigitte Goldstein earned a PhD in European history from New York University. Before turning to full-time writing, she taught history and worked in publishing. She is also the translator of several German literary works. Death of a Diva is her fourth historical novel.
Loading...
or support indie stores by buying on