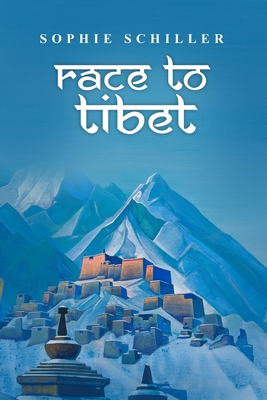 At a time when no Westerner has seen the holy city of Lhasa or met the Dalai Lama, French explorer Gabriel Bonvalot vows to do the impossible: he launches his own expedition to the Roof of the World with funding from the Duke of Chartres. The only caveat is that Bonvalot must bring along the Duke's wayward son, Prince Henri d'Orl ans, a drinker, gambler, and womanizer whose reckless behavior threatens to derail the entire expedition. During the journey, the explorers encounter freezing temperatures, volatile winds, mountain sickness, bandits, duplicitous Chinese Ambans, and a beguiling Tibetan Buddhist princess with a deadly secret. Held as prisoners at 16,000 feet and surrounded by an army of Tibetan soldiers, the explorers find themselves in a desperate fight for survival. RACE TO TIBET is a thrilling tale of high-altitude adventure and survival set in the world's most forbidden country. Perfect for fans of Jules Verne, and H. Rider Haggard.

Sophie Schiller was born in Paterson, NJ and grew up in the West Indies. She loves stories that carry the reader back in time to exotic and far-flung locations. Kirkus Reviews called her "an accomplished thriller and historical adventure writer". Her latest novel is Island on Fire, a historical thriller about the worst volcanic disaster of the 20th century. She was educated at American University, Washington, DC and lives in Brooklyn, NY.
Loading...
or support indie stores by buying on