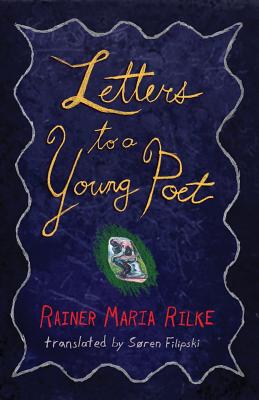 When a young student at a military academy mails some of his poetry to the great poet Rainer Maria Rilke, seeking advice, he initiates years of correspondence, during which Rilke expresses his most personal insights into the artist's relationship with life, the interior needs of the individual growing towards maturity, and how the impulse to artistic creation can and should be a source of abiding and developing happiness even for those who cannot become artists.

Written in Rilke's early, struggling years, Letters to a Young Poet is a work of beauty and urgency. Its discussion of the young soldier's difficulties in finding his identity and vocation, mirrored in Rilke's own life, have resonated with generations of readers for over a century, and it stands as one of the most beloved and widely read sets of letters in the world.

This new translation by S ren Filipski is both accurate and fluid, capturing the intense, rhapsodic energy of Rilke's writing as well as the precision of his ideas.

Rainer Maria Rilke (1875-1926) was an intensely lyrical poet, concerned with mystical and existential themes, who was a major voice in the transition of German poetry from traditionalism to modernism. His works include Duino Elegies, Sonnets to Orpheus, and The Notebooks of Malte Laurids Brigge.
Loading...
or support indie stores by buying on