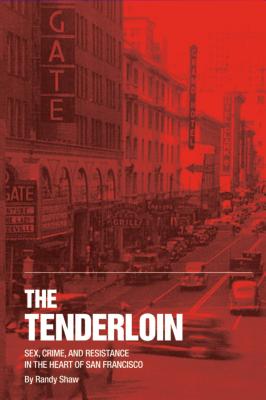 Sex, Crime and Resistance in the Heart of San Francisco

Named for a part of the city where bribes bought police the highest-grade beef, San Francisco's Tenderloin neighborhood remains an island of primarily low-income, ethnically diverse residents in a city of ever increasing wealth. How has it survived? Randy Shaw searches for answers in this powerful account of the Tenderloin from its post-quake rebuilding in 1907 through today.

The Tenderloin fought back against the establishment time and time again. And often won. Shaw shows how those outside the mainstream--independent working women, gay men, "screaming queens" activist SRO hotel tenants and many others--led these struggles. Once known for "girls, gambling and graft," the Tenderloin was also fertile ground for the Grateful Dead, Miles Davis, Dashiell Hammett and other cultural icons. This is the untold story of a neighborhood that persisted against all odds. It is a must-read for everyone concerned about the future of urban neighborhoods.