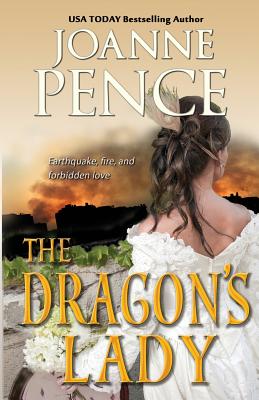 Against the background of San Francisco at the time of the Great Earthquake and Fire of 1906 comes a tale of love and loss. Ruth Greer is the spoiled daughter of a shipping magnate who finds a young boy that has run away from his home in Chinatown-an area of gambling parlors, opium dens, sing-song girls, as well as families trying to eke out a living. It is also home of a number of highbinder tongs, the infamous "hatchet men" of Chinese lore. There, she meets the handsome, enigmatic leader of one such tong, the young boy's father, and discovers he is neither as frightening, cruel, or wanton as reputation would have her believe. As Ruth's fascination with the area grows, she finds herself pulled deeper into the intrigue of the lawless area, and Li Han-lin's life. But the two are from completely different worlds, and when both worlds are shattered by the quake and fire that destroys San Francisco, they face their ultimate test. Originally published under the title Gold Mountain.]

Joanne Pence was born and raised in northern California. She has been an award-winning, USA Today best-selling author of mysteries for many years, and she has also written historical fiction, contemporary romance, romantic suspense, a fantasy, and a suspense novel with supernatural elements. The books have been awarded or finalist for the Willa Cather Literary Award in Historical Fiction, the Romance Writers of America RITA and Golden Heart, Daphne duMaurier award, Independent Bookseller's Golden Scroll Award, Golden Quill Award, and the Romantic Times Career Achievement Award. Joanne hopes you'll enjoy her books, which present a variety of times, places, and reading experiences, from mysterious to thrilling, emotional to lightly humorous, as well as powerful tales of times long past. Links to all of Joanne's books in a variety of print and e-book editions are available at her website: JoannePence.com.
or
Not Currently Available for Direct Purchase