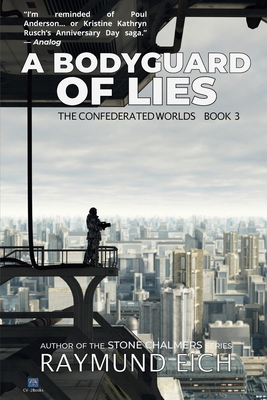 A Bodyguard of Lies

Assigned to the halls of power, only Capt. Tomas Neumann can save the Confederated Worlds from the ultimate treachery.

After bold action brings him the favor of the Confederated Worlds' new president, Tomas finds himself in an arena more dangerous than combat: Politics.

Battling assassins, spies, and pervasive surveillance, Tomas discovers a shocking secret. A desperate mission takes him from luxurious temples to secret police brain scanning chambers. Could he prevent the destruction of the Confederated Worlds, or would he die trying?