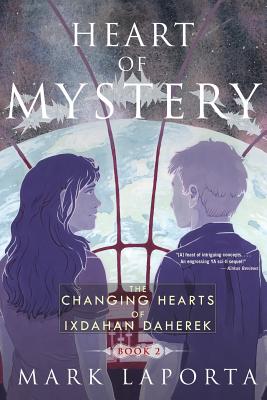 Patrolling the capital city of Vrukaar Prime, as the youngest member of the Snaldrialooran Security Agency, FieldOp 2nd Class Ixdahan Daharek uncovers an unseemly alliance. Remnants of a lost civilization, the legendary Onkendren, have teamed up with the Vrukaari.

Scarier still, the Onkendren are rumored to have built the Vexelanderan, a terrible device giving them the power to reshape the very fabric of the universe. What if it falls into the slimy hands of the Vrukaari warlords?

Meanwhile, Lena Gabrilowicz, Ixdahan's closest human friend, has puzzles of her own. First comes an unexplained energy pulse from deep space. Next, an eccentric pack of humpback whales send her a startling mental image. Could this mean the aliens are back on Earth?

As darkness looms on the horizon, the questions get weirder. The answers involve an assortment of extra-terrestrial cookware, a clone army of Olympic hopefuls and a robot with a serious personality disorder. But with the tension mounting, no small part of Ixdahan's mind is preoccupied--with deciding how to share his true feelings with Lena.