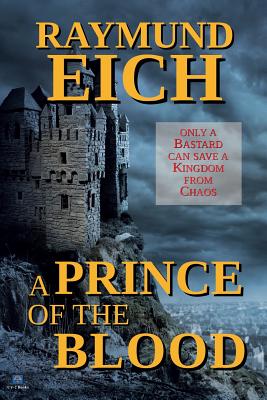 A Prince of the Blood

A king inclined contrary to nature.

A foreign-born queen confined to the palace.

A kingdom desperately needing an heir.

Two courtiers ask Keladon, retired battlemage and the king's bastard half-brother, to impregnate the queen. His sense of duty to the kingdom sends him to her bedchamber, where he finds Queen Lilera to be a woman of both beauty and intellect, deserving a far better fate.

But secretly fathering the heir to the throne is just the beginning. Under attack from all sides, Keladon must battle a conspiracy of magic and murder threatening the kingdom's survival -- and the woman he comes to love.

After circling the world by age six, Raymund Eich grew up in the Missouri Ozarks, surrounded by the legacy of French explorers, Osage warriors, Civil War bushwhackers, and universe-expanding astronomers. College took him to Rice University, where he earned both a B.A. and a Ph.D. He currently resides in Houston with his family.
Loading...
or support indie stores by buying on