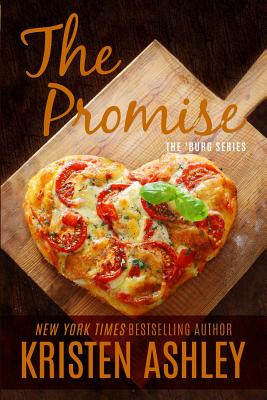 Since his brother's death, Benny Bianchi has been nursing his grudge against the woman he thinks led to his brother's downfall. He does this to bury the feelings he has for Francesca Concetti, his brother's girl. But when Frankie takes a bullet while on the run with Benny's cousin's woman, Benny has to face those feelings.The problem is Frankie has decided she's paid her penance. Penance she didn't deserve to pay. She's done with Benny and the Bianchi family. She's starting a new life away from Chicago and her heartbreaking history.Benny has decided differently.But Frankie has more demons she's battling. Demons Benny wants to help her face. But life has landed so many hard knocks on Frankie she's terrified of believing in the promise of Benny Bianchi and the good life he's offering.Frankie's new life leads her to The 'Burg, where Benny has ties, and she finds she not only hasn't succeeded in getting away, she's doesn't want to.

Kristen Ashley grew up in Brownsburg, Indiana but has lived in Denver, Colorado and the West Country of England. Thus she has been blessed to have friends and family around the globe. Her posse is loopy (to say the least) but loopy is good when you want to write. Kristen was raised in a house with a large and multi-generational family. They lived on a very small farm in a small town in the heartland and existed amongst the strains of Glenn Miller, The Everly Brothers, REO Speedwagon and Whitesnake (and the wardrobes that matched). Needless to say, growing up in a house full of music, clothes and love was a good way to grow up. And as she keeps growing up, it keeps getting better.
Loading...
or support indie stores by buying on