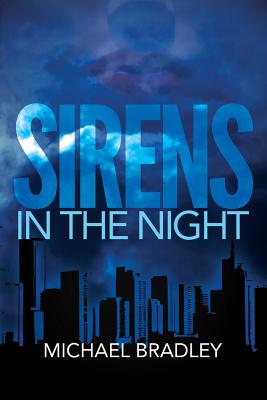 Sirens in the Night

When three corpses are found at a construction site in Philadelphia, homicide detective Samantha Ballard is assigned to investigate the bizarre deaths. The bodies seem like a hoax—withered like ancient mummies, yet dressed in modern day clothing. As more mummified corpses begin to appear throughout the city, Samantha must embark on an investigation that erodes the line between the possible and impossible.

Jack Allyn, a radio DJ who thinks his career is in a downward spiral, has his world rocked by the unusual murder of his friend. As Jack begins to search for answers, he finds himself coming face to face with a force that is as malevolent as it is entrancing.

With his life in danger, Jack must join forces with Samantha to save the city from an evil that threatens the people of Philadelphia. But with the odds stacked against them, can Jack and Samantha save their city from a primeval force with a deadly purpose?

Born and raised in southern New Jersey, Michael Bradley is an author and software consultant whose frequent travels have brought him in touch with a variety of people throughout the United States. In his day job, he has presented on a variety of subjects at several IT conferences, both in America and Europe. When he isn’t on the road, working, or writing, Michael hits the waterways in one of his three kayaks, paddling all over Delaware, Pennsylvania, Maryland, and New Jersey.

Before working in information technology, Michael spent eight years in radio broadcasting, working for stations in New Jersey and West Virginia, including the Marconi Award winning WVAQ in Morgantown. He has been “up and down the dial” working as on-air personality, promotions director, and even program director. This experience has provided a wealth of fond, enduring, and, sometimes, scandalous memories that he hopes to someday write about.

Among the writers in which he finds inspiration, Michael favors P.D. James, Raymond Chandler, Leslie Charteris, Simon Brett, Terry Pratchett, and Ian Fleming. He lives in Delaware with his wife, Diane, and their three furry four-legged “kids”, Simon, Brandy, and Preaya.