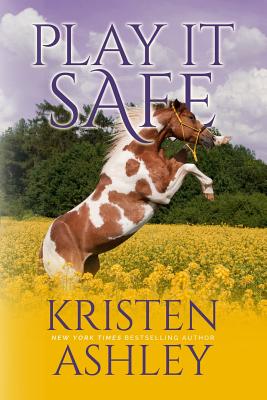 No connections. Play it safe. These were the rules Ivey lived her life by.Until she hit Mustang, Colorado, a perfectly imperfect town where the citizens were welcoming and one of them included the tall, beautiful, macho man rancher cowboy, Grayson Cody.On the run for a decade, Ivey knew she was supposed to play it safe. But she was tired of being on the run. She wanted a normal. She wanted real. She wanted a home. And she wanted Grayson Cody.And Grayson Cody wanted Ivey.No one who looked at them couldn't see they belonged together. There was one man in this world for Ivey and one woman in this world for Grayson Cody.So they fell in love.But just as quickly as they fell together, they were betrayed and torn apart. Separated for years, Ivey was certain her life would not include her rancher cowboy. Until the town of Mustang reached out to her when Gray was in trouble. Even though she thought he broke her heart, she charged in to help. Then Gray and Ivey discovered they were betrayed and, not only that, Gray had an enemy who would stop at nothing to defeat him.

Kristen Ashley grew up in Indiana, but has lived in Colorado and the West Country of England. Thus she has been blessed to have friends and family around the globe. Her posse is loopy (to say the least), but loopy is good when you want to write. Kristen was raised in a house with a large and multi-generational family. They lived on a very small farm in a small town in the heartland and existed amongst the strains of Glenn Miller, The Everly Brothers, REO Speedwagon and Whitesnake (and the wardrobes that matched). Needless to say, growing up in a house full of music, clothes and love was a good way to grow up. And as she keeps growing up, it keeps getting better.
Loading...
or support indie stores by buying on