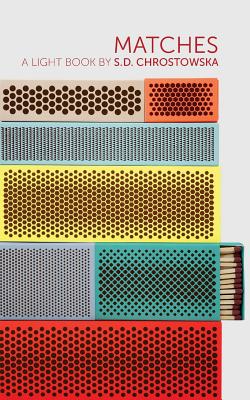 In returning to these genres, Matches goes back to the drawing board of modern critique. It sets out to rekindle short-form literary-philosophical reflection, with roots in the Antiquity of Heraclitus and Hippocrates, apogee in the French moralistes (La Rochefoucauld, Pascal, Chamfort...), and late splendour in German letters (Nietzsche, Kraus, J nger...). Moving from art and aesthetics to philosophies past and present, through natural and technological landscapes, beneath the constellations of politics, history and ethics, along the byways of contemporary literary culture - the slow reader with a little spare time will not fail to be struck. Here are pages to peruse and mistrust, texts to think with, a book to put down and ponder, to ponder and put down. A tome to keep handy, handle often, and strike repeatedly against the rough patches of the mind.

"A must-read for aficionados of the fragment and literary critical experiments for the breadth of its subject matter and its style." -Alexander Kluge

"S.D. Chrostowska's Matches: A Light Book is a lambent marvel. The text interlaces a finely wrought poetic sensibility with a rare conceptual acuity. The literary beauty and philosophical rigor that permeate Chrostowska's apodictic constellation of fragments, aphorisms, and thought-images make her work a worthy heir to a tradition of transformative aphoristic writing and thinking that includes such masterpieces as Nietzsche's Human, All Too Human, Benjamin's One-Way Street, Adorno's Minima Moralia, Bloch's Traces, and Blanchot's The Writing of the Disaster. The many matches that the text lights never fail to illuminate - and in the process also to consume - the heterogeneous thoughts and experiences to which they attend. Chrostowska's high-wire literary performance reminds us that, in our administered world of techno-capitalist sameness, the last word may not yet have been spoken after all." -Gerhard Richter, Brown University

"An elegant and agile meditation on thinking, writing and reading in the twenty-first century. Chrostowska's sharp and original Matches will light readers' imaginations on fire and keep them burning long after they've put the book down." -Imre Szeman, Canada Research Chair in Cultural Studies, University of Alberta.

S.D. Chrostowska, Associate Professor of humanities and social & political thought at York University in Toronto, is the author of two books - the novelish Permission (Dalkey Archive, 2013) and the historical Literature on Trial (Toronto, 2012) - as well as co-editor of a forthcoming collection on utopia and politics.
or
Not Currently Available for Direct Purchase
Copyright © 2020 American Booksellers Association