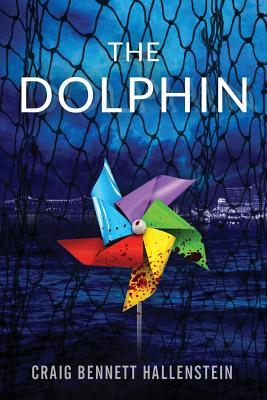 Former child prodigy and aspiring psychologist, Sean Jordan, moves to New Orleans, putting his past behind him, until a conservative radio station in a bid for higher ratings outs him as a dangerous sex offender. When the thirteen-year-old daughter of the station's nationally celebrated talk show host disappears, police scramble to take down Jordan, unaware that he too is a victim of the kidnapper, terrorizing the city on the eve of Mardi Gras. Jordan has a chance to save the girl but only if he meets the kidnapper's demands. Refusing could cost him his life.

Agreeing could cost him his soul.


Praise For The Dolphin…

"In this debut thriller...Hallenstein certainly doesn't pull any punches...Stark and harrowing, with a troubled protagonist's inner turmoil magnified by a tangible evil." -Kirkus Reviews

"Suspenseful, powerful, thought provoking-straight from today's headlines. The Dolphin reads like a movie with no waiting to cut to the chase." -Dean Rowe, Member, Director's Guild of America

"Hallenstein had me sitting on the edge of my chair...Not only is his prose terrific, his characters are unforgettable." -Amos Lassen, reviewsbyamoslassen.com