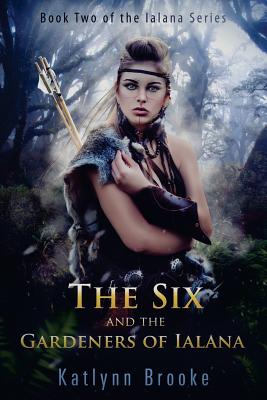 The Six and the Gardeners of Ialana

In a seamless continuation of the first book in the series, "The Six and the Crystals of Ialana", the six healers find themselves caught in the midst of a power struggle between the competing rulers of Ialana. Unable to complete their healing mission, to heal mutants who were genetically altered by crystal manipulation, they flee the Galonese warlord, Ortzi, and attempt a dangerous journey back to their homes in northern Ialana. Trapped by malevolent creatures, hunted by a monster who seeks them for reasons of its own, and on the run from a king and a conniving shape-shifter, there seems to be no place of safety for them. Will they find the mysterious abode of the Gardeners? Who are the Gardeners, and what is their purpose for the Six? Will The Six be able to find Queen Catrin, who sets off on a quest of her own, or will Catrin run afoul of her husband, King Brenin, before she can find The Six? In The Gardeners of Ialana, the Six explore the mysteries of healing, elemental command, and through many more trials, learn their true purpose in life.

Katlynn Brooke was born and raised in Zimbabwe. She now lives in Virginia (USA) but has also traveled extensively and lived in other countries, such as India and Indonesia. Her debut novel, Talk to the Moon, was inspired by her mother who once worked on a mission in Africa. The novel is a murder mystery set in 1940's Rhodesia. Katlynn has recently branched out into young adult fantasy fiction, and written two novels, The Six and the Crystals of Ialana, and its sequel, The Six and the Gardeners of Ialana. A third book in the Ialana series will be released in 2016. Katlynn not only writes, but is a watercolor artist as well. She teaches watercolor painting in her studio in Virginia.
Loading...
or support indie stores by buying on