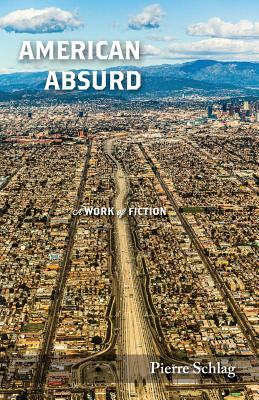 A Work of Fiction

Mr. David Madden lives in L.A. He's an ordinary man. Every day, he gets up and drives to work. Only he never gets there. Instead, he drives from here to there, from Westwood to Santa Monica, Santa Monica to Venice . . . and so on. It seems he's always just going from point A to point B. Of course, driving from point A to point B--that's pretty much what people do in L.A.

But then one day a mishap occurs, a breakdown of sorts, on Santa Monica Boulevard. Soon the media takes notice, and overnight Mr. Madden is transformed into a pioneering cultural figure as his "A-to-B thing" goes viral and becomes the defining issue of our time. Questions are asked, solutions offered, and blame assigned as therapists, academics, police, and lawyers all get involved. Safe to say, no one escapes unscathed in this caustic, irreverent, and hilarious social satire.

Pierre Schlag is University Distinguished Professor and Byron R. White Professor of Law at the University of Colorado. He lives in the foothills of Boulder with his wife, the author Elisabeth Hyde. His three children have grown up and escaped relatively unharmed.