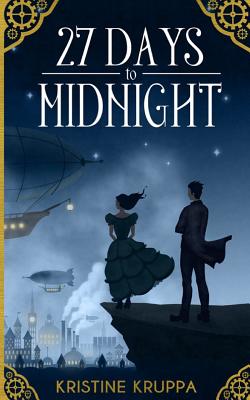 Everyone in Dahlia's world knows when they're going to die. Except her. Her father has never shown her the pocket watch counting down the days she has left to live. When he sacrifices himself to save her from her scheduled death, Dahlia abandons her comfortable home and sets off after his murderer to uncover the secrets her father died to protect...and the time research that could bring him back to life. Then she meets Farren Reed. She should hate him. He's an enemy soldier, a cowardly deserter, and the most insufferable man Dahlia's ever met. Still, she needs all the help she can get, and Farren is the only chance she has to find the man who murdered her father. But Farren has only twenty-seven days left on his watch. In that time, Dahlia must recover her father's time research, foil a psychotic general's plot, and learn to survive in a world that will never be the same. But the research holds secrets more dangerous than she had ever imagined. She will have to choose what is most important: revenge, Farren's life, or her own. And time is running out.

Kristine Kruppa is a mechanical engineer, writer, and world traveler. Her days are spent designing cool new car parts, but her evenings are filled with writing and cats. She has traveled solo to seventeen countries on five continents. Her other hobbies include hunting for the perfect cup of coffee, exploring used book stores, and accidentally climbing mountains. To keep up with her adventures, follow Kristine on Twitter @kskruppa.
or support indie stores by buying on
Copyright © 2020 American Booksellers Association