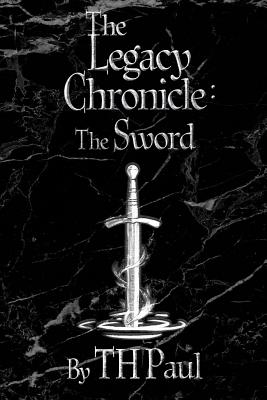 In The Sword, the first volume of his new fantasy series The Legacy Chronicle, T.H. Paul brings you into a vast world of gods and mortals. The story of The Sword follows the life of Trem Waterhound, a half-elven hermit who, against his own judgment, heals and befriends a wounded young man when he finds his unconscious body in the thick undergrowth of Silverleaf Forest. Together, Trem and his former patient, Jovanaleth, embark on a journey to find Jovan's missing father. Along the way they become embroiled in a conflict that extends across the mortal world of Teth-tenir and even into the Godly Realms, and both are forced to confront their past in order to face an even more dangerous future.

T.H. (Trevor Howard) Paul is a private secondary school literature teacher at Hebron Academy in Hebron, Maine. T.H. has lived most of his life in Maine, though he did attend Wheaton College in Massachusetts and spent time living in Germany and the People's Republic of China. T.H. started working on the Legacy Chronicle when he was a freshman in high school, tasked with writing a serial story by his freshman English teacher, Ross Markonish. That story blossomed into a lengthier book, a deepening mythology, and even spawned his own variation on popular tabletop role-playing games, which was dubbed Ascension by one of his good friends and players in Tianjin, PRC. T.H. lives on the campus of Hebron Academy with his wife, Molly, and their dog, Zoe. When not writing he enjoys playing ice hockey, board and video games, drinking tea, and hoarding Legos he swears are for that aforementioned tabletop RPG he runs sometimes. This is his first novel and series; built from over fifteen years of tinkering, rewriting, frustration, and hope.
or support indie stores by buying on
Copyright © 2020 American Booksellers Association