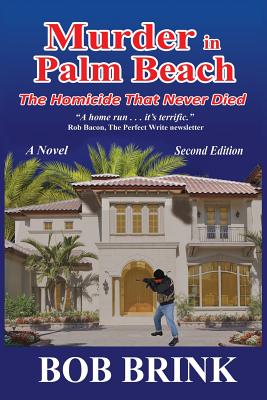 Bob (Robert) Brink was born in Muskegon, Mich., and relocated with his parents at age 6 to their home state of Iowa, growing up in and around Des Moines and moving to a small farm at age 14. After a torturous coming-of-age, he embarked on a newspaper career that took him to Joliet, Ill., Chicago, Milwaukee, Tampa and West Palm Beach, in which vicinity he has lived for a number of years. He garnered several writing awards, and the magazine where he was copy chief won an award for Best Written Magazine in Florida. In early middle age, Brink learned to play clarinet and tenor saxophone, and performed many years in a symphonic winds band while also doing a few big band gigs. He learned ballroom dancing and is a health enthusiast, blogging on alternative health care along with grammar and sociopolitics. While doing freelance writing and editing, he became an author, ghost-writing a book and completing two novels. The latest, MURDER IN PALM BEACH: THE HOMICIDE THAT NEVER DIED, is a roman a clef about a real, highly sensational murder that occurred in 1976. He is at work on another mystery novel.
Loading...
or
Not Currently Available for Direct Purchase