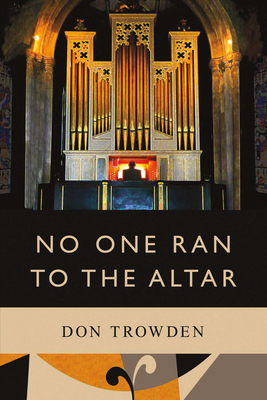 No One Ran to the Altar (Normal Family Trilogy #2)

"One son walked out the door never to return as another son walked in." So begins the second volume in this trilogy as we pick up this outlandish family saga in the 1970s, recounted through a series of interwoven chapters featuring the many colorful characters.

The story opens with a family tragedy as we see how far the Pendergasts have fallen from their days of fame and fortune. Through a series of flashbacks, we learn what became of Henry, Albert, Eve, Ned, Lucy, and the servants. We observe them facing an endless parade of obstacles, mostly overcome through humor and perseverance.

Much of the novel focuses on the Asperger’s brother, Albert. Albert is intellectually brilliant but emotionally stunted, which presents unique parenting challenges for his mother. With her death, Albert is cast off into the world on his own, until he reaches the point where his siblings must try and rescue him.

The once-idolized father Ned is a drunk living in squalor as he tears through a succession of women. As the narrative unfolds, Henry suspects he came back from the Second World War a rapist. Henry is tasked with caring for his blind father, which he does admirably despite the emotional toll of past betrayals. Henry has succeeded in raising his own normal family, breaking the multi-generational cycle of paternal neglect and abuse. He struggles to play along with the fictional version Ned has created of his life, stewing in resentment as he faces many new disturbing revelations.

The writing intertwines humor with pain throughout. In the end, a tragic betrayal reshapes everything that came before in leaving the reader stunned and eager for more.

Don Trowden is the author of the Normal Family Trilogy, which includes Normal Family (2012), No One Ran to the Altar (2016), and All the Lies We Live (2019). The name Don Trowden, a play on the word downtrodden, is the pen name for Caleb Mason, who is also the author of the non-fiction book The Isles of Shoals Remembered (1992). In addition to writing, Caleb has worked in bookselling and book publishing. The author greatly appreciates any reviews you feel inclined to write and invites you to connect with him on social media.
Loading...
or
Not Currently Available for Direct Purchase