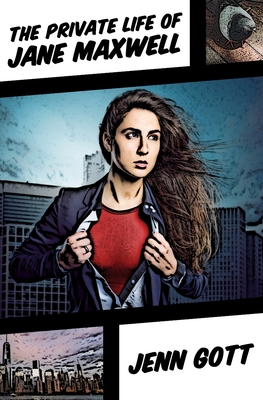 The Private Life of Jane Maxwell

Some people are born to greatness, others have greatness thrust upon them... and some are just drawn like that.

As the creator of a popular new comics franchise, Jane Maxwell knows a thing or two about heroes, but has no illusions of being one herself. All of that is shattered, however, when she finds herself swept into a parallel world-one where her characters are real, and her parallel self is their leader.

There's just one problem: that Jane is missing.

Under the growing danger of a deadly new villain named UltraViolet, the team has no choice but to ask Jane to do the impossible: step into the suit left behind by her double, become the hero that they need her to be. But with budding powers that threaten to overwhelm her, a family she only half-recognizes, and the parallel version of her dead wife staring her in the face, navigating her alternate life proves harder than she ever imagined...

If Jenn Gott could have any power in the world, it would be superjumps. Lacking that, she fills her days writing stories about people with extraordinary abilities and tragic pasts. Her weaknesses are parallel worlds, time travel, and girl heroes. She lives in New England with her equally nerdy husband and their spoiled snuggle-cat.
Loading...
or support indie stores by buying on