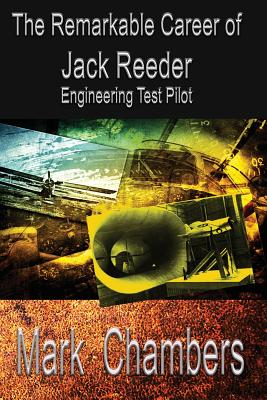 The Remarkable Career of Jack Reeder

NACA/NASA Langley's John P. "Jack" Reeder, one of America's first engineering test pilots, test flew 235 types of aircraft/rotorcraft over a 42-year career. He was also the agency's first true helicopter pilot. His test piloting tally remains unsurpassed by no one in the world. Even more remarkable, Reeder remained humble despite his impressive test piloting accomplishments, something extremely rare in an age where most test pilots tended to be "cocky" and "arrogant". Jack always put his family before his career, another highly admirable trait. Jack would always devote plenty of his spare time to share his test piloting stories with the NASA community as well as the public. The NASA Langley community was deeply saddened when Jack's brilliant life was tragically taken from him by the dreaded "memory thief" disease known as Alzheimer's on May 23, 1999. Learn more about this exceptional, unsung hero of aviation history in Mark A. Chambers' Jack Reeder: Test Pilot.