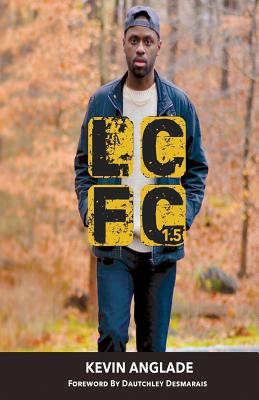 Life Comes From Concrete 1.5 is not a continuation of the first edition. What it is exactly is a depiction of a young man finding himself in a world where he must learn to grab it by the horns. Through personal reflections and poems, readers will able to delve into Anglade's mind and comprehend what it was like to process the pain and heartbreak as his sister, and father disintegrated into the abyss. More importantly, they will come to realize how one moment at a burial changed the young man's perspective on life as well as his understanding of his familial and social responsibilities.

Kevin Anglade is an emerging writer, hip-hop poet, actor, and educator from Queens, New York. He published his first book, Tales of the 23rd Precinct (a short-story collection) through his indie press, Flowered Concrete in January of 2013. Moreover, Anglade was featured on NBC's final season of The Debrief with David Ushery in 2014 where he provided insight and purpose about his press as a small publisher in NYC. At the age of 21, he began writing poems as a way of documenting his growth as a human being and dealing with difficulties he faced during adolescence and early young adult years. Prior to poetry, the artist got his start through acting, which he believes was the opening of realms that has lead him into other artistic dimensions. Now 25, Anglade holds an A.S. in Theatre, (Queensborough Community College) a B.A. in English (Brooklyn College) and is currently pursuing his M.A. in English (Queens College). When he isn't writing or performing, the author enjoys music, a good ol' stand-up comedy routine and just about anything that keeps his heart light and void of harmful energy. Life Comes From Concrete is his first poetry memoir.
Loading...
or support indie stores by buying on