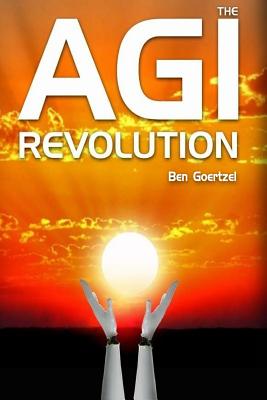 An Inside View of the Rise of Artificial General Intelligence

Artificial General Intelligence (AGI) is the quest for the sci-fi AI dream: AI with mental autonomy, generality, adaptiveness and imagination equal to and ultimately exceeding that of humans. After decades of R&D struggles, the time for AGI is now finally near. Since the early aughts, Dr. Ben Goertzel has been the leading force advancing the concept of AGI in the research community and the public sphere. Here he gives an insider's account of the rise of AI and AGI from relative obscurity to their current status as the focus of large corporate and government initiatives. He presents his understanding of the operation of the human brain, and the viability of various approaches to AGI including his own OpenCog AGI project; and also describes his efforts to use AI to solve critical issues such as human aging. In Goertzel's vision, AGI will soon yield dramatic changes in every area of human life and society. Advanced AGIs that vastly exceed human intelligence will bring on a Technological Singularity, quite likely within our lifetimes.

Dr. Goertzel leads the AGI Society and the OpenCog Foundation; and serves as Chief Scientist of robotics firm Hanson Robotics, and Chairman of investment management firm Aidyia Holdings and AI consulting firm Novamente LLC. He is also Vice Chair of futurist group Humanity+, and co-founder of Ethiopian AI/robotics firm iCog Labs. Previously, Ben served as a university faculty in several departments of mathematics, computer science and cognitive science in US, Australia and New Zealand. Ben has published 15 books on AI and related topics, and more than 100 scientific papers. He earned his PhD in mathematics from Temple University in 1989. He has 3 grown children, and lives in Hong Kong with his wife Ruiting Lian and two very energetic poodles.
Loading...
or support indie stores by buying on