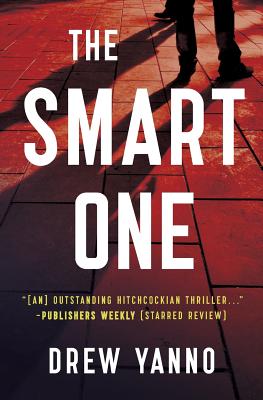 A SIMPLE LIST. TWELVE NAMES. NONE FAMILIAR.When an elderly small town doctor dies, his widow contacts his most famous former patient, a noted author and neuroscientist. It seems that the doctor has left him something. A list of names. A mystery of sorts. One that the doctor has taken great pains not to explain. But one that he feels the scientist alone can solve...What starts out as a lukewarm promise to honor the doctor's dying wish soon turns into a race halfway across the country to find out what those names have in common before the two men who have demanded the return of that list can stop him... using any means necessary.

Drew Yanno was born and raised in upstate New York and received both his undergraduate and law degrees at Syracuse University. After serving a clerkship in Albany, NY, Drew joined a large law firm in Boston where he worked for several years before founding his own firm. Throughout that time, he also taught law in the Carroll School of Management at Boston College. In 1993, Drew began writing screenplays. Two years later, his screenplay No Safe Haven was purchased by Universal Studios after an eight-hour bidding war. Drew went on to write a number of screenplays, both for hire and on spec. In 2000, he founded the screenwriting program in the Film Department at Boston College where he taught for eleven years. His first novel In the Matter of Michael Vogel was published in 2013 and was a best-selling historical thriller in the Kindle store.
Loading...
or support indie stores by buying on