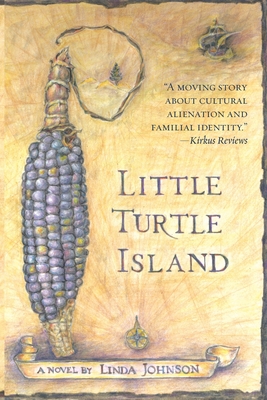 "Little Turtle Island" is a story set in the early sixteenth century, where the lives of an Onondaga girl and a Welsh peasant boy, outliers among their own people, become inexplicably intertwined.Nush makw was born and raised in a small Onondaga village in the center of Haudenosaunee (Iroquois) Longhouse territory. She's a gifted girl with a stubborn conscience that is constantly getting her into trouble. When she disrupts the proceedings at the Grand Council Meeting of Five Nations, she is sent away to live with her Lenap father among the Unami People Down the River. There, she comes of age and undergoes a rite of passage. In the process, she encounters heartache and despair so devastating that she retreats to Little Turtle Island for a year of solitude.On the other side of the ocean, a Welsh boy, Owen ap Madoc, tends the flocks at Bentley Manor, a sprawling estate situated along the coast of England's M r Hafren. He wins the favor of his Lord and Lady, and they send him to Greyfriar to apprentice as a scribe. His talent is soon recognized, and he is sent to Oxford to help translate manuscripts. Events quickly turn cataclysmic when King Henry VIII passes the Treason Act of 1534. Owen flees Oxford for Bristol, where he escapes on a ship that sets sail the next morning.Soon thereafter, the worlds of Nush makw and Owen converge on Little Turtle Island. Stranded together, they are forced to make sense of each other's strange and complicated lives. As they struggle to explain who they are, they begin to realize the infinite magnitude of their existence.

Linda Johnson is a freelance writer, editor, illustrator, and designer. She lives on a small farm with her family in northern Maryland, where she is a passionate saver of heirloom seeds.
Loading...
or support indie stores by buying on