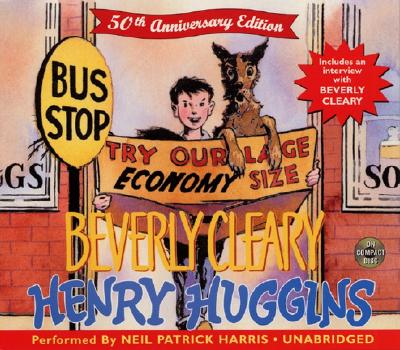 Genuinely funny books for children are few and far between. So, when a story like Henry Huggins comes along, it comes to stay. Children everywhere see themselves in this irresistible boy's adventures.

During an unforgettable year that begins when Henry discovers a lost, hungry dog he calls Ribsy, listeners will have a grand time. Before the suspenseful conclusion, they'll meet Henry's friends on Klickitat Street, including Beezus and her little sister, Ramona, and enjoy lots of hilarious happenings. No wonder this continuously engaging and heartwarming story is a classic!

Neil Patrick Harris's stage credits include productions of Sweeney Todd, Romeo and Juliet, and Rent. On TV, he starred in Doogie Howser, M.D. and currently appears in How I Met Your Mother. His film work includes Clara's Heart, The Next Best Thing, and Starship Troopers.