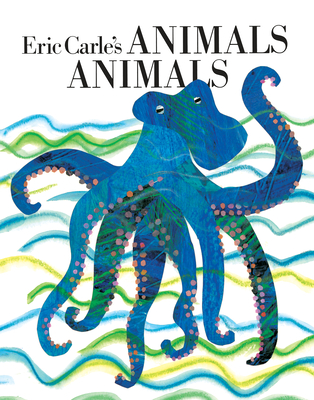 From leaping, flying fish to dancing butterflies, and camels that "trollop along," Eric Carle's brilliant and colorful collage designs bring to life animal poems from such diverse sources as Shakespeare, Lewis Carroll, Rudyard Kipling, Emily Dickinson, and Jack Prelutsky, as well as Bible verses, Japanese haiku, American Indian poems and more. This celebration of the wonder and variety of earth's animals is "joyous...a book to be shared" (Booklist, starred review).

Eric Carle is acclaimed and beloved as the creator of brilliantly illustrated and innovatively designed picture books for very young children. His best-known work, The Very Hungry Caterpillar, has eaten its way into the hearts of literally millions of children all over the world and has been translated into more than 25 languages and sold over twelve million copies. Since the Caterpillar was published in 1969, Eric Carle has illustrated more than sixty books, many best sellers, most of which he also wrote.
or support indie stores by buying on
(This book is on backorder)
Copyright © 2020 American Booksellers Association