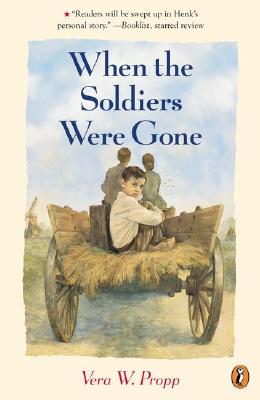 When the Soldiers Were Gone

Henk was hidden on the farm when he was young and the Nazi soldiers came. But the war is over now, and Henk finds out that the people he lives with, the people he loves, are not his real family. He doesn't remember his real parents, and now a new life in the city lies ahead of him. Will things ever be the same?

Praise For When the Soldiers Were Gone…

"Based on a true story, this spare, beautiful first novel captures the hidden survivor's trauma from the small child's bewildered point of view." --Booklist, starred review

Vera Propp lives in Albany, NY.
Loading...
or support indie stores by buying on
(This book is on backorder)