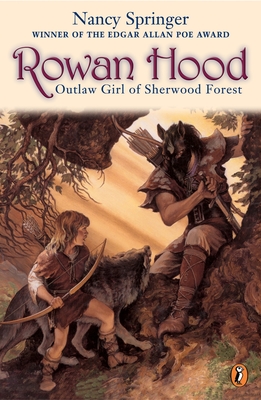 Rosemary has nowhere to go when her beloved mother dies. She has never met her father-the outlaw Robin Hood-and she's grown up among the woodland creatures her mother loved. So she decides to change her name to Rowan, disguise herself as a boy, and undertake a perilous journey through Sherwood Forest, in search of Robin Hood. But how will she find him? And will he offer her a home?

"This tale is a charmer, filled with exciting action, plenty of humor, engaging characters, and a nice fantasy twist." (Booklist, starred review)

"Rowan Hood reads like the first in a series, and teens are sure to hope that it will be just that, leading to many more." (VOYA)