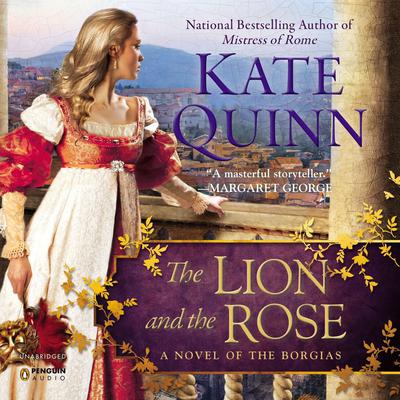 From the national bestselling author of The Serpent and the Pearl comes the continuing saga of the ruthless family that holds all of Rome in its grasp, and the three outsiders thrust into their twisted web of blood and deceit . . .

Caught in the deadly world of the Renaissance’s most notorious family, Giulia, Leonello, and Carmelina must decide if they will flee the dangerous dream of power. But as the shadows of murder and corruption rise through the Vatican, they must learn who to trust when every face wears a mask . . .

Kate Quinn is a native of Southern California . She attended Boston University, where she earned a bachelor's and master’s degree in classical voice. A lifelong history buff, she’s written three previous novels set in ancient Rome -- Mistress of Rome, Daughters of Rome, and Empress of the Seven Hills -- all of which have been translated into multiple languages. She is also the author of The Serpent and the Pearl, another novel about the Borgia family and a prequel to The Lion and the Rose.   Kate lives in Maryland with her husband.