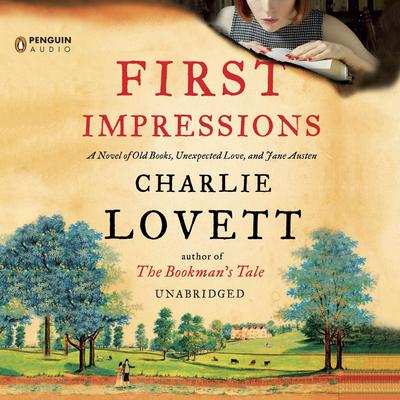 A Novel of Old Books, Unexpected Love, and Jane Austen

“This is a frothy and fun mystery/romance that asks 'What if Jane Austen plagiarized her greatest work, Pride and Prejudice?' By alternating chapters about Austen and her fictional friendship with an elderly minister and writer with those involving a modern-day bookseller and Austen fan who is searching for love and rare books, Lovett builds suspense while tossing in all kinds of fun Austen factoids. The tale is simple and sweet and the heroine is a modern-day Eliza, torn between two men and her first impressions of each. Delightful, especially for Austen fans -- and really, who isn't?”
— William Carl, The Booksellers at Laurelwood, Memphis, TN
View the List

Book lover and Austen enthusiast Sophie Collingwood has recently taken a job at an antiquarian bookshop in London when two different customers request a copy of the same obscure book: the second edition of Little Book of Allegories by Richard Mansfield. Their queries draw Sophie into a mystery that will cast doubt on the true
authorship of Pride and Prejudice—and ultimately threaten Sophie’s life.

In a dual narrative that alternates between Sophie’s quest to uncover the truth—while choosing between two suitors—and a young Jane Austen’s touching friendship with the aging cleric Richard Mansfield, Lovett weaves a romantic, suspenseful, and utterly compelling novel about love in all its forms and the joys of a life lived in books.

Charlie Lovett is a former antiquarian bookseller, an avid book collector, and a member of The Grolier Club, the preeminent club for bibliophiles in North America.
He and his wife split their time between Winston-Salem, North Carolina and Kingham, Oxfordshire, in England.