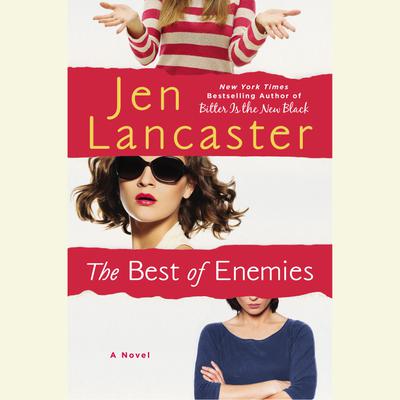 The Best of Enemies (Digital Audiobook)

Jacqueline Jordan knows conflict. A fearless journalist, she’s spent the past decade embedded in the world’s hot spots, writing about the fall of nations and the rise of despots. But if you were to inquire about who topped Jack’s enemy list, she’d not hesitate to answer: Kitty Carricoe.

Kitty reigns supreme over the world of carpools and minivans. A SAHM, she spends her days caring for her dentist husband and three towheaded children, running the PTA, and hiding vegetables in deceptively delicious packed lunches.

Kitty and Jack haven’t a single thing in common—except for Sarabeth Chandler, their mutual bestie. Sarabeth and Jack can be tomboys with the best of them, while Sarabeth can get her girly-girl on with Kitty. In fact, the three of them were college friends until the notorious frat party incident, when Jack accidentally hooked up with Kitty’s boyfriend…

Yet both women drop everything and rush to Sarabeth’s side when they get the call that her fabulously wealthy husband has perished in a suspicious plane crash. To solve the mystery surrounding his death, Jack and Kitty must bury the hatchet and hit the road for a trip that just may bring them together—if it doesn’t kill them first.

Jen Lancaster is the New York Times bestselling author of eleven previous books (I Regret Nothing, Twisted Sisters, The Tao of Martha, Here I Go Again, Jeneration X, If You Were Here, My Fair Lazy, Pretty in Plaid, Such a Pretty Fat, Bright Lights, Big Ass, Bitter Is the New Black). She has appeared on Today, The Joy Behar Show, and NPR’s All Things Considered. She resides in the suburbs of Chicago with her husband and their ever-expanding menagerie of ill-behaved pets.