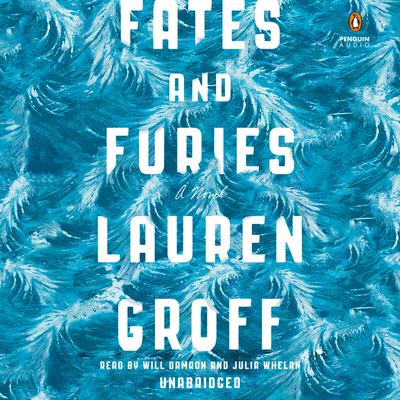 “Fates and Furies is an engrossing and complex novel about a seemingly perfect marriage of beautiful people, told in two parts. The first is a gentle introduction to Lotto and Mathilde, their marriage, and their friends and family; the second, a violent storm to wash away all you thought you knew. Groff crafts amazing, shocking sentences and brilliantly reveals the lies and deceit hiding behind the perfect facade. It's a book you will finish too quickly and then want to tell your friends about. Very highly recommended.”
— Tarah Jennings (W), Mitzi's Main Street Books, Rapid City, SD
View the List

A FINALIST FOR THE NATIONAL BOOK AWARD

NAMED A BEST BOOK OF THE YEAR BY: THE WASHINGTON POST, NPR, TIME, THE SEATTLE TIMES, MINNEAPOLIS STAR-TRIBUNE, SLATE, LIBRARY JOURNAL, KIRKUS, AND MANY MORE

“Lauren Groff is a writer of rare gifts, and Fates and Furies is an unabashedly ambitious novel that delivers – with comedy, tragedy, well-deployed erudition and unmistakable glimmers of brilliance throughout.” —The New York Times Book Review (cover review)

From the award-winning, New York Times-bestselling author of The Monsters of Templeton, Arcadia, Florida and Matrix, an exhilarating novel about marriage, creativity, art, and perception.

Fates and Furies is a literary masterpiece that defies expectation. A dazzling examination of a marriage, it is also a portrait of creative partnership written by one of the best writers of her generation.

Every story has two sides. Every relationship has two perspectives. And sometimes, it turns out, the key to a great marriage is not its truths but its secrets. At the core of this rich, expansive, layered novel, Lauren Groff presents the story of one such marriage over the course of twenty-four years.

At age twenty-two, Lotto and Mathilde are tall, glamorous, madly in love, and destined for greatness. A decade later, their marriage is still the envy of their friends, but with an electric thrill we understand that things are even more complicated and remarkable than they have seemed. With stunning revelations and multiple threads, and in prose that is vibrantly alive and original, Groff delivers a deeply satisfying novel about love, art, creativity, and power that is unlike anything that has come before it. Profound, surprising, propulsive, and emotionally riveting, it stirs both the mind and the heart.

Lauren Groff is the New York Times bestselling author of two novels, The Monsters of Templeton and Arcadia, as well as the celebrated short-story collection Delicate Edible Birds. She graduated from Amherst College and has an MFA in fiction from the University of Wisconsin Madison. Her work has appeared in a number of magazines, including The New Yorker, Harper's, and The Atlantic, and in several of the annual The Best American Short Stories anthologies. Groff's fiction has won the Paul Bowles Prize for Fiction, the Medici Book Club Prize, the PEN/O. Henry Award, and the Pushcart Prize, and has been shortlisted for the Orange Prize for New Writers and a finalist for the L.A. Times Book Prize.