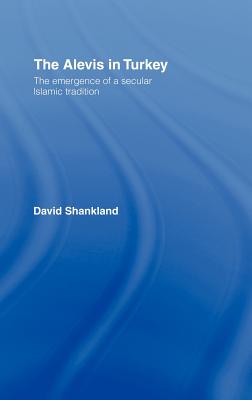 The Alevis in Turkey (Hardcover)

The Emergence of a Secular Islamic Tradition (Routledge Islamic Studies)

This is the only volume dedicated to the Alevis available in English and based on sustained fieldwork in Turkey. The Alevis now have an increasingly high profile for those interested in the diverse cultures of contemporary Turkey, and in the role of Islam in the modern world. As a heterodox Islamic group, the Alevis have no established doctrine. This book reveals that as the Alevi move from rural to urban sites, they grow increasingly secular, and their religious life becomes more a guiding moral culture than a religious message to be followed literally. But the study shows that there is nothing inherently secular-proof within Islam, and that belief depends upon a range of contexts.

David Shankland lectures in the Dept of Social Anthropology at the Univeristy of Wales, Lampeter, and was formerly Assistant and Acting Director of the British Institute of Archaeology at Ankara, Turkey. For many years a specialist on Turkey, he has published widely on the subject.
or support indie stores by buying on
Copyright © 2020 American Booksellers Association